Arrival at the International airport Zvartnots.

Meeting at the airport with Happy Holidays name plate and transfer to the hotel. 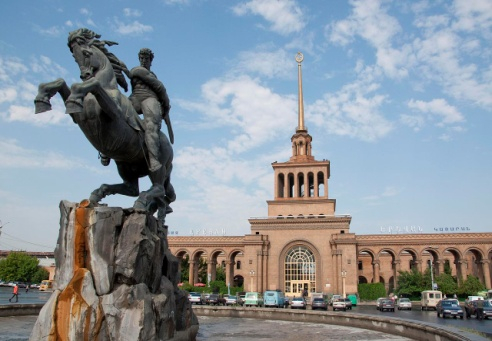 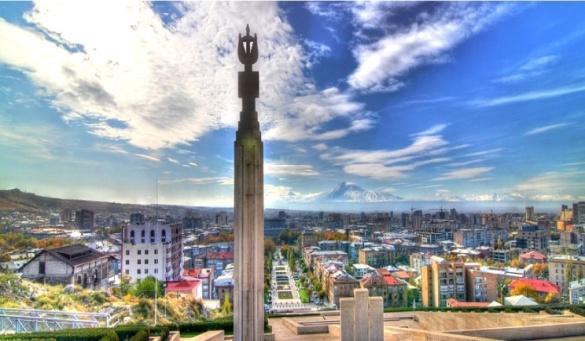 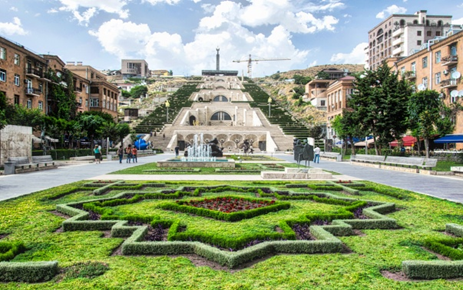 Sasuntsi David is one of the masterpieces of the sculptor Kochar, built in the center of the station square in honor of the hero of the Armenian folk epic David Sasuntsi, who throughout many centuries embodied the freedom-loving aspirations of the Armenian people.

Armenian Genocide memorial complex is Armenian’s official memorial dedicated to the victims of the Armenian Genocide, built in 1967 on the hill of Tsiternakaberd in Yerevan. Over the years a wide range of politicians, artists, musician, athletes and religious figures have visited the memorial.

Victory Park, or, as it is also called Monument by Armenians is one of the most important places of rest among the citizens, from where a magnificent view of the whole city opens. 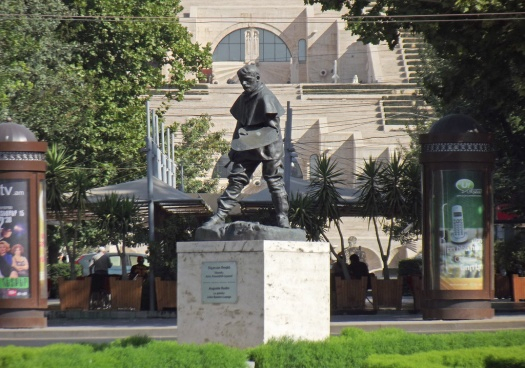 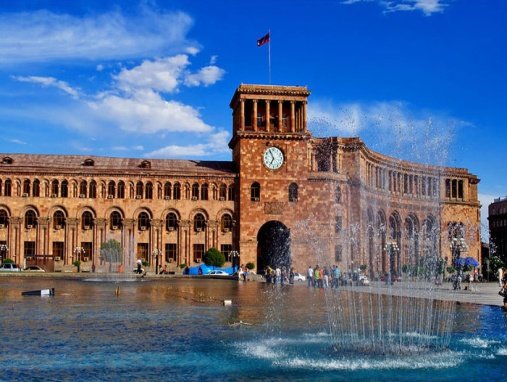 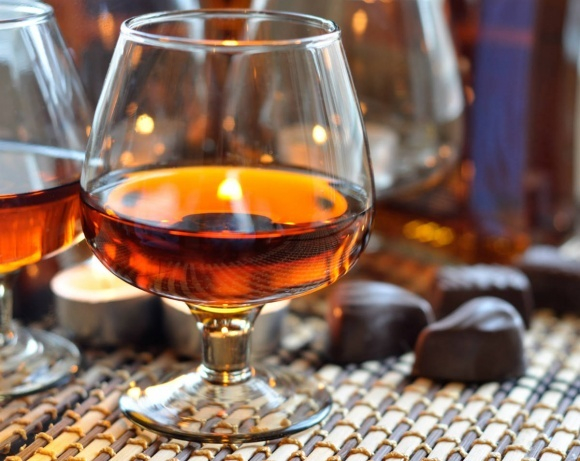 Cognac factory. During the tour it will be possible to get acquainted with the conditions of cognac storage, find out which celebrity has its own barrel and enjoy the delicate taste and rich aroma of two types of Armenian cognac: "Three Stars" and "Akhtamar"

Arch of Charents - is a favorite place for all tourists. The arch offers an incredible view of Mount Ararat.  It is difficult for any visitor not to succumb to the temptation and not take a photo for memory.

Garni is the only architectural monument of the pagan and Hellenistic period, 1 century AD, preserved in Armenia. Near the temple there are ruins of an ancient fortress, royal chambers also built in the 3rd century AD. and baths. From here you can see a picturesque view of Azat River and Garni Gorge.

Geghard or Gegardavank monastery complex is a two-story temple carved in stone and the adjacent church. The monastery was founded in the IV century on the site of a sacred spring, originating in the cave. The name of Geghard derives from the word  “spear”, which the Roman soldgier pierced the body of Christ. The spear was preserved in the monastery for centuries. Gheghardavak is in Amenian  and means the “Monastery of the Spear". 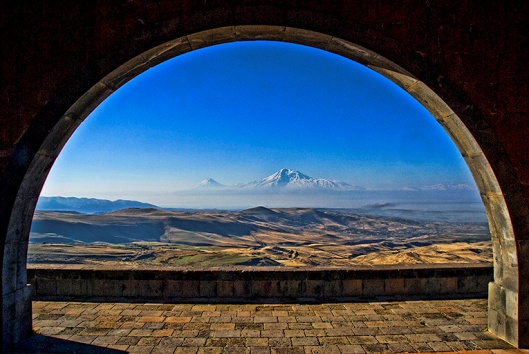 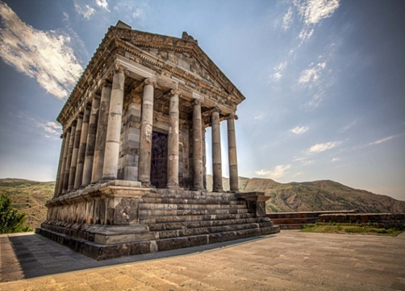 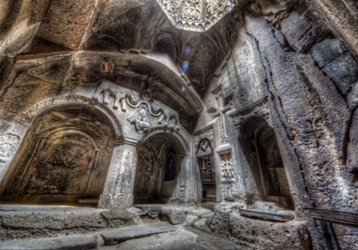 The fortress Dashtadem was in its best years a sentry point of the territories bordering the then capital of Ani from the east. During the time, thanks to its strategic position, the fortress was repeatedly enriched, getting all the new components. The building dates back to the 7th c.

Not far from the fortress there is an interesting Cathedral of Talin of the 7th century, which has a peculiar construction of the dome basilica. 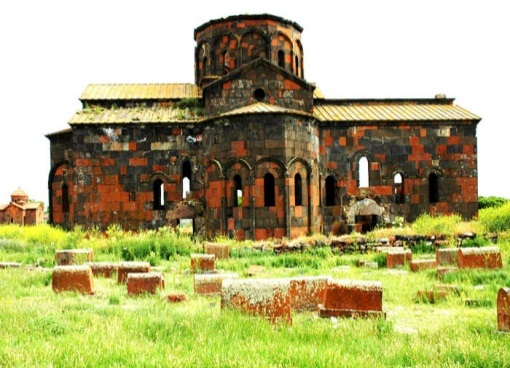 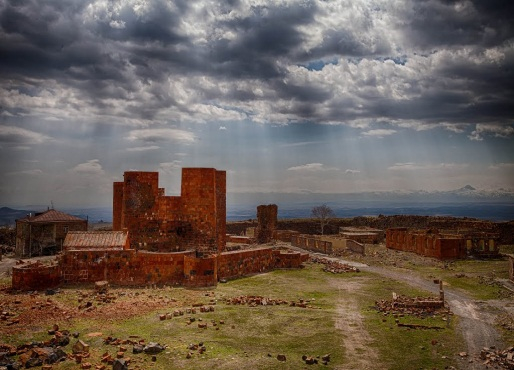 Gyumri is the second largest city in Armenia, the cultural capital of Armenia, the center of poetry and music, where the Russian military base, the Catholic Church, the Russian chapel and many interesting architectural buildings are located. In Gyumri the whole old city and a cozy color were preserved.

In 1988, near the city there was a strong earthquake that destroyed half the city. The consequences of the earthquake have not been eliminated so far: if the central streets are put in order, then in the alleys there are many destroyed buildings, which has become one of the most visited places in the city.

Freedom Square is the heart of the city and the entrance of the old historic city. The square is surrounded by ancient temples - Yot Verk (Seven Wounds) and Surb Amenaprkich (The Savior). The area is unique because of the unique location of the churches: two churches that look at each other.

Mother Armenia is a beautiful monument dedicated to the Great Patriotic War, from the observation platform of which the Black Fortress is clearly visible. 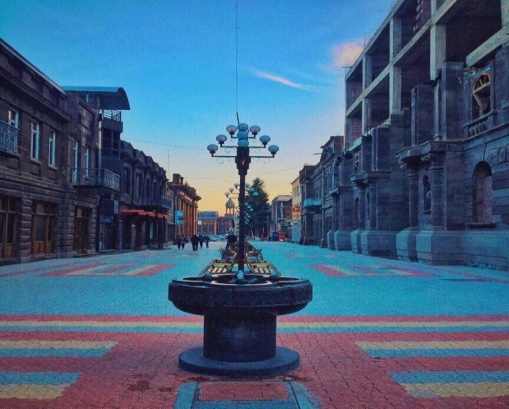 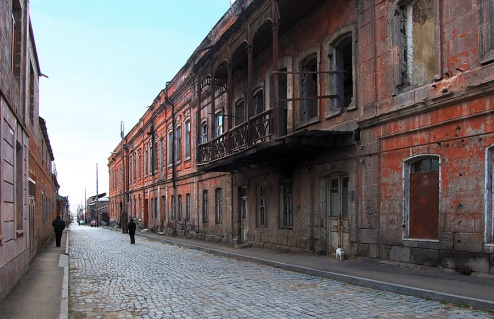 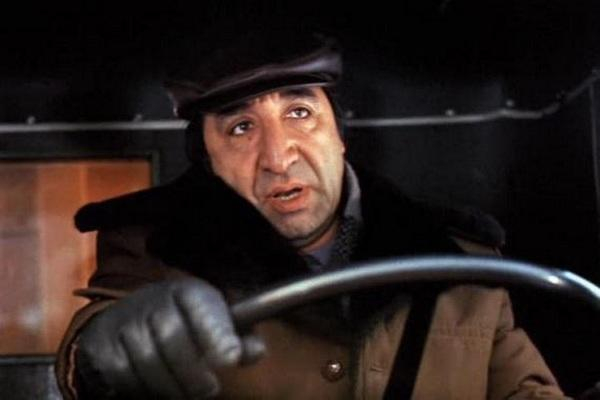 The Black Fortress (Sev Ghul - Black Clock) is one of the architectural reminders of the Russo-Turkish War. Considering the threat of war with Turkey, the Russian authorities began to pay special attention to the strengthening of Alexandropol (now Gyumri) and built this fortress, which was used as a military prison. Now it serves as a cultural complex where various state-level events are held. In doing so, it retained its ancient appearance.

From the top of the hill offers an excellent view of the city.

Central Park is a cozy park, in which the spirit of the 50s has been preserved. In the park you will find a viewing platform with a colonnade, telephone booths of the Soviet model and even a fountain with an authentic sculpture of a girl with a paddle.

Frunzik Mkrtchyan is the greatest Armenian actor of the 20th century and one of the most outstanding actors of Soviet cinema. In the museum you can see a unique collection of exhibits - household items and costumes, photographs and much more, related to the life and work of a talented artist. 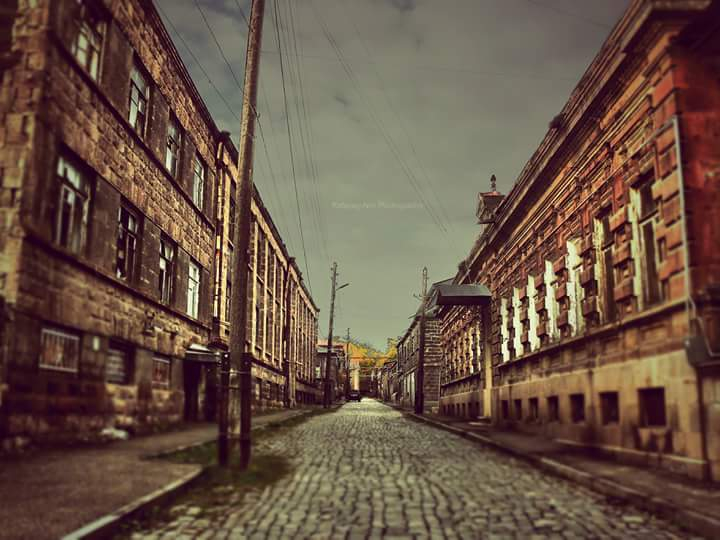 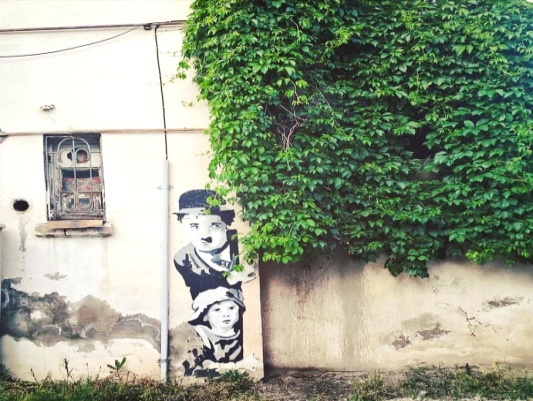 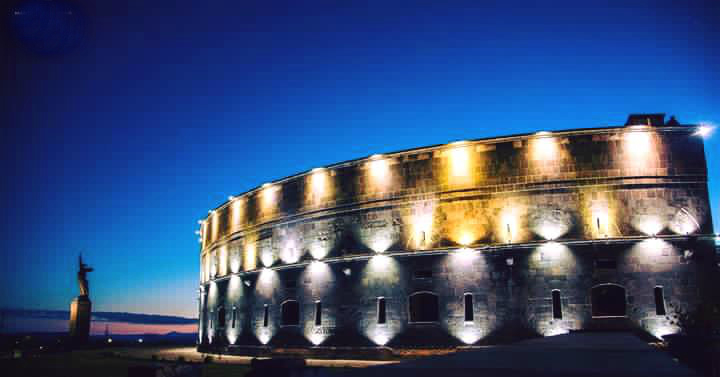 Next, we will visit the Russian chapel, which was built in 1879-80. and served in Alexandropol as a funerary chapel: here the burial service of Russian soldiers who died during the numerous assaults of the Turkish fortress Kars. The local called it Plplan (Brilliant), since the dome reflects sunlight glare.

Every street in Gyumri breathes art!

Dilijan is an old and beautiful city, where there is everything a tourist needs for happiness: picturesque streets, beautiful nature, surrounded by mountains, forests and lakes and historical sights that it is impossible not to admire.

Visit to the monastery Haghartsin - XI-XIII century. This is one of the most mysterious places in Armenia, drowning in the greenery of mountain forests. 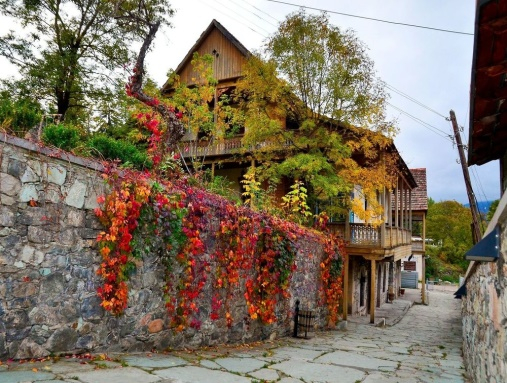 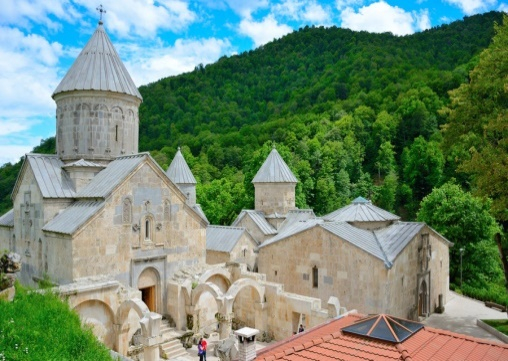 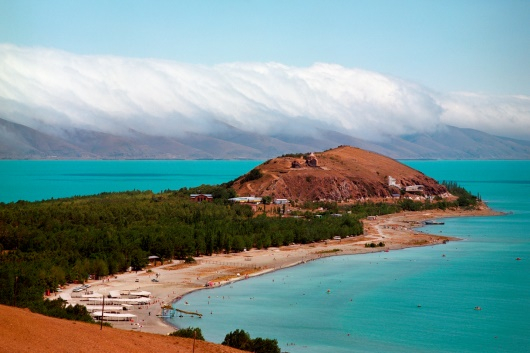 Lake Sevan is the second largest fresh mountain lake in the world. The lake is located in a mountain bowl at an altitude of almost two kilometers above sea level. Sevan and its environs are a "visiting card" of Armenia, which is worth seeing to all guests of a cozy mountainous country.

Transfer to the airport.

*** The company reserves the right to change the sequence of the program without changing the volume of services provided.